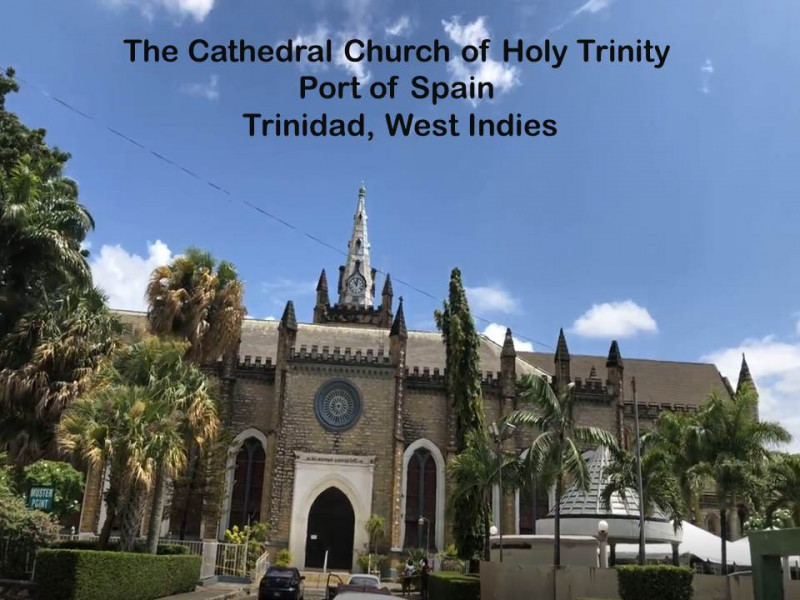 The historic Holy Trinity Cathedral located in Port-of-Spain(POS) in Trinidad & Tobago (TnT) in the West Indies has sustained extensive damages on August 21st, 2018 when a 6.9 earthquake ravished the islands to the extent that services had to be conducted under tents on the grounds at the Cathedral and at an offsite facility. Subsequent to that, on October 20th, 2018, the islands experienced another catastrophic disaster after 3 days of heavy rainfall, the rivers finally burst their banks and there was flooding throughout the islands.

Trinidad and Tobago are the two most Southeasterly islands that make up the Caribbean islands and sit just 7 miles from the coast of South America. On a clear day, the locals can go to the south of the Trinidad and see the Venezuelan coastline.

This two-member state in the Southern Caribbean is a member of the Province of the West Indies and is part of the Anglican Communion. The Right Reverend Claude Berkley is the Presiding Bishop of the Diocese and the 12th Bishop to run the Anglican Diocese. He assumed responsibility for the Diocese on December 18th, 2011 and was enthroned on January 14th, 2012.

The Holy Trinity Church was the first church to be built in Trinidad & Tobago in 1801 and was destroyed by fire in 1808. After an aborted attempt to replace the church, the present church was rebuilt and consecrated on Trinity Sunday in 1823 and became the Holy Trinity Cathedral in 1872. Presently the Dean and Rector, Shelley-Ann Tenia is the Priest in Charge at the Cathedral.

As a result of wear and tear over the years and the devastation of the hurricane, the Holy Trinity Cathedral is undergoing a $75M (TT) or $11M (US) project, over the next 5 years, to repair and restore this historic building. We are asking our parishioners, donors, patrons, family and friends (both locally and internationally) to assist in this undertaking by making weekly, monthly and/or yearly donations to the "Holy Trinity Cathedral Restoration Fund."

As Winston Churchill said, "Success is not final, failure is not fatal: it is the courage to continue that counts."
On the road to recovery, the church has started its restoration with emergency repair work and the completion of a Delapidation Survey. The Holy Trinity Cathedral look forward to your continuous support for the next five (5) years.

Remember this: "You think that you're just a drop in the ocean ...... but look at the ripple effect one drop can make!"

THANK YOU, in advance, for your support!