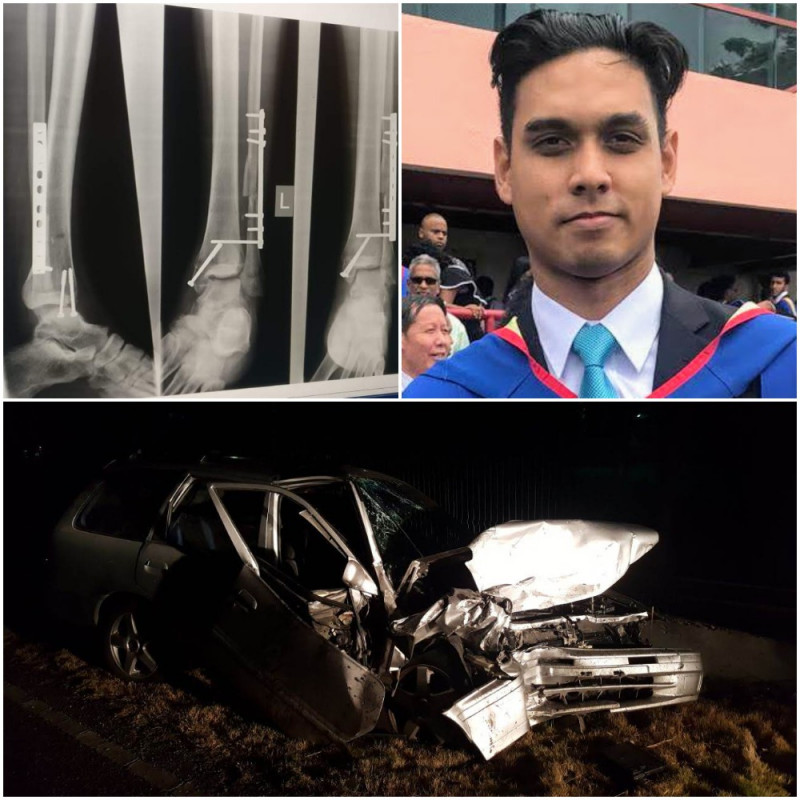 In April 2018 my brother was hit in a head-on collision. Both his ankles were shattered and required major surgery to put in plates and screws in order to fix the broken bones and keep them in place.

However, in December 2018, he faced another complication, his left ankle cartilage is completely deteriorated which causes both bones to rub against each other which causes him pain daily. The only option in order for him to be pain-free is to fuse his ankle joint in an operation, scheduled in July 2019.

This campaign is to aid in medical expenses for his second major surgery on his left ankle.
No results have been found