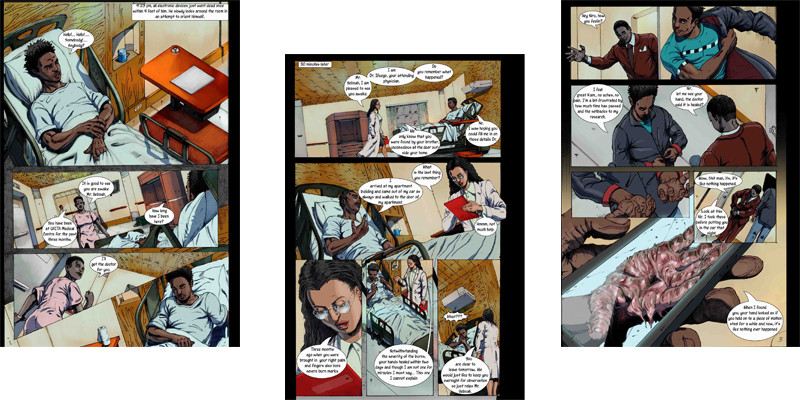 While studying IT Networking at the College Of Science Technology and Applied Arts of Trinidad and Tobago (COSTAATT), I got an idea which I thought would make for a great new animated series. The only person I told at that time was my wife who also found it was a great idea, but we only talked about it. I sat on the concept for some years and in January of 2018 started writing as I thought it would have been easier to start as a comic book.
Over the past few months, I have been able to galvanize a team of artists, all of whom are past and present students at COSTAATT, who upon hearing the storyline agreed to donate their time to complete a four-page sample so we can have a fundraiser and make this story an international sensation.
It is for this reason that we are reaching out asking the public to help me and help Us achieve this dream of an unknown group from a small college called COSTAATT, making it onto the world stage with our comic book. It is also my hope that this group will be a positive influence for young people in Trinidad and Tobago and the Caribbean region to work hard and dream big.
No results have been found