The Diabetes Association of Trinidad and Tobago (DATT) is saddened to announce the death of Mr. Carlton Phillip H.B.M who passed away on September 18th 2020 at the age of 82.
Mr. Phillip was a founding member of the DATT and served as our Treasurer, Internal Auditor and as our President for three (3) terms. Mr. Phillip also functioned in executive roles in the Caribbean Diabetes Association and as a Director at the International Diabetes Federation.
Mr. Phillip, a Master Tailor by profession was well known for his dedication to teaching, shaping the minds of thousands of young men and women at the John S. Donaldson Technical Institute over many years as a lecturer there.
A man of many passions, he took active roles in numerous faith-based organizations, credit unions, community groups and political entities. At the age of 31 he was diagnosed with an insulin dependent form of diabetes. At his core Mr. Phillip was a philanthropist. He became involved with a newly formed DATT some years later in 1988. He was the driving force behind the establishment of four (4) of our branches in Port-of-Spain and remained the Chairperson of our North-West Branch up until his passing.
During his time as the President of the DATT, he expanded the reach of the organization throughout the length and breadth of Trinidad and Tobago with countless screening and education initiatives. He had a special interest in the impact of diabetes on men’s health and he introduced the DATT men’s forum, a mainstay of our Annual Symposium which was named after him in 2019. He represented the DATT at numerous regional and international conferences where he was our most vocal advocate. Here at home, he was able to convince the then Minister of Health to begin providing free blood glucose machines and strips to persons with diabetes, a program which continues to this day, helping to improve the management of thousands of people living with Diabetes.
Mr. Phillip will always be remembered for his gentlemanly character, his passion for healthcare and most notably his love for helping people. He was inducted as a member of the Distinguished Society of Trinidad and Tobago when he was awarded the Hummingbird Medal (silver) for his contribution to education and community service in T&T. He has since received numerous accolades from regional institutions and the International Diabetes Federation.
Mr. Phillip has left an indelible mark on the fabric of Trinidad and Tobago through the ones he educated, the organizations which he was a part of and all the people whose lives he impacted. He will be missed by many.
The funeral service for Mr. Carlton Phillip will take place at the St. James Church of the Nazarene at 10 am the to the Western Cemetery for burial. In accordance with the COVID-19 regulations for funerals, the number of mourners will be restricted to immediate family. By the request of his wife, mourners are asked not to send flowers, however funeral contributions can be made towards the work of the DATT through www.fundmetnt.com/datt. A live stream of the funeral will be broadcasted through the DATT’s Facebook and YouTube pages. For further information, the DATT Head Office may be reached at 672-0864.
May the eternal father give rest and peace to his departed soul. 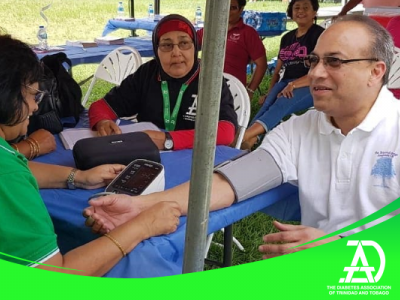 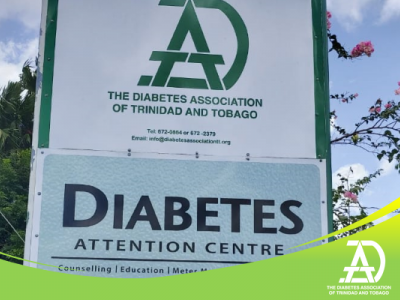 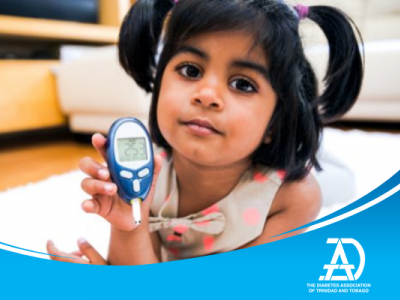 The Children with Diabetes Fund