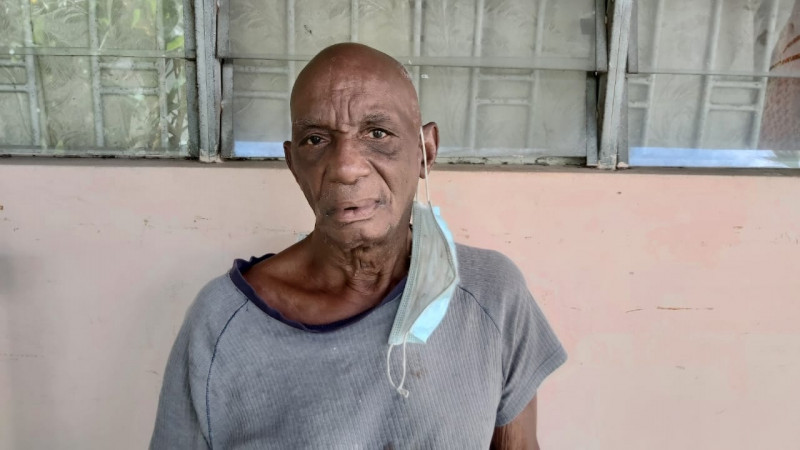 My name is Osmond Arnold Forbes. At 81, I have a simple desire to be more comfortable. Due to the current pandemic, I find myself behind on my rent and utility payments. I have taught and played music for as long as I can remember and am now faced with no source of income. I know there are many persons in need of support at this time but I still appeal to you good Samaritans and individuals who might connect with my story to give as little or as much as you can to assist with my current situation.

Thank you in advance for your outpouring of love and support. Your contributions are certainly appreciated. If you are yet to do so, feel free to read my detailed story below.

At 81, Mr. Forbes has been involved in music all his life. The son of a police officer, he would often say he was born playing drums while in his mother’s womb. His mother, who started her own private school, was his first music teacher. As the first of his mother’s five children, he was guided by her success and musical prowess. She played and achieved Grade 8 Piano. Additionally, she wrote and conducted plays. As a result, when he was a little boy, he did music and drama. Later, he was introduced to Best Village where he would write and even direct his own plays.

At age 19, he was sent to the UK and became trained as a telephone technician. Before, leaving Trinidad in 1959, his mother advised him to learn to cook for himself, which he put to good use through his life. In that way, he knew what he was eating and is putting into his system. During this period, he worked, played music and also became a father. In 1973, when his father passed away, he returned to Trinidad and Tobago to begin the rest of his life.

When he returned, he eventually got a job in the oil industry, with Royal Barges, that allowed him to save and purchase a piano. Although, not certain how he got married, he recalls that his first wife was a prolific singer, guitarist and pianist. He met her through his uncle who formed a little music group that never came off the ground. Years later, he would become a widower after she passed away.

By this time, his journey with Royal Barges was ended and he was teaching music and registering students to do London based examinations. It is through this experience that he would meet his second wife. He recalls playing a beautiful duet at a wake with Earl Knights on the clarinet while he played the guitar. Not long after the wake, the mother of Mr. Jessel Murray, the local representative of the Associated Board of the Royal School of Music in London, asked him to connect with her sister. This invitation led him to meet Laura Hyland, the choir mistress, who would subsequently become his second wife. Until her passing, life became wonderful and positive, doing what he always loved, which was teaching music.

Born into an Anglican household, he became the resident drummer at the Holy Saviour Anglican Church in Curepe. Over the years, he received recognition, accolades and awards for long and meritorious service to the church and the community. By 1993, he too would have successfully completed the Grade 8 music exam certified by the Trinity College of Music in London.

In 2011, things would take a turn for the worst as he had a massive stroke from which he is still recovering. In a candid discussion, he said, “When I was good, my neighbour used to say, mind the police charge you for speeding. Now, at the rate at which I walk, they can hold me for obstruction.”

Since Covid-19, life is no longer enjoyable and there is no fun anymore. Socialization has been restricted, especially within his age group. However, for now, his goal is to be comfortable and to be able to work on his ongoing musical compositions. Adding that although from time to time he used to enjoy the taste of wine, he has never liked the smell or taste of rum. His wish for the citizens of this twin-island Republic is for people to be protected from this pandemic.

People have often suggested that he should get someone to stay with him but he is presently happy living on his own. As a single man, he jokingly adds that, he goes to bed without stress and wakes next day without stress. His real apprehension is that, at this stage, he doesn’t want anyone coming to him with negative baggage and he doesn’t know what baggage he might take into someone else’s life. As mentioned earlier, during his 14 year stay in the UK, he became a father to his only child. This son is now 49 and has made him a grandfather of 3.

Over the years, he has taught numerous students, both local and foreign who went on to have successful careers in music. He even fondly remembers teaching drums to Brennon Vergil, who went on to become a musical giant and producer. He has even taught visually impaired students and those with various disabilities. At this stage, he has experience playing the piano, pan, drums, guitar, clarinet and much more. He now spends most of his time at home which doubles as Forbes School of Music in Arouca.

When you see your children doing positive things, encourage and support them.
Don’t be afraid to speak, talk and pray to our creator believing that you will get what you ask for.
Speak positively and pray with your children, especially before they go to bed.

When covid-19 struck in 2020, all his students would have left. This was also as a direct result of the mandated lockdowns. As a result, his source of income would have immediately disappeared. Without the technical and technological support to pivot and do online classes, he now faces a harsh reality of survival.

His goal has never been riches, instead, he always had a desire to just be comfortable. His most pressing concerns would be his outstanding rent and utility payments. His landline and internet access is also limited due to his inability to service these financial commitments. At this time, he wishes that things could be a lot better, especially with his debts, present day bills and basic expenses. Just to have some everyday pocket change, would go a long way in being able to feel comfortable.

If you have the means or the desire to directly help Mr. Forbes, by making a financial contribution, feel free to use the link provided. Alternatively, if you would like further information or to provide alternative assistance please feel free to contact (868)7319992.
No results have been found
Charity 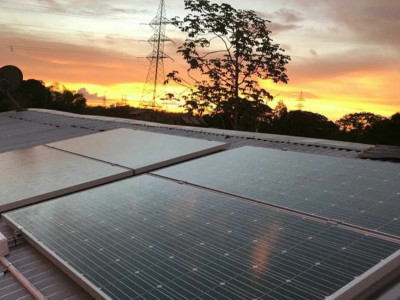 RESSCOTT LTD is the leading solar energy engineering company of Trinidad and Tob...

by Graeme Jones No deadline 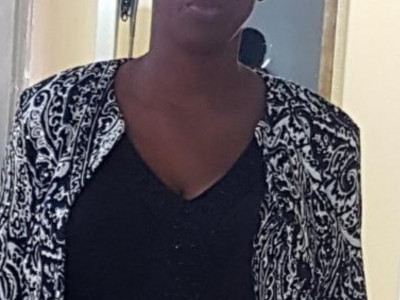 Hello, I am trying to get some money for my friend. She is a single mom of two a...

by Declan Sween No deadline 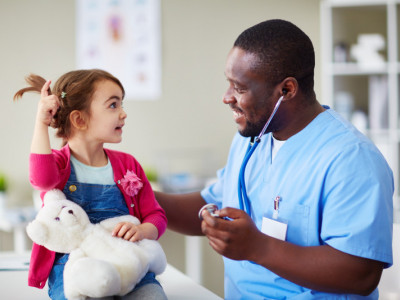 Hi! Am an Islamic Scholar from Malawi but currently based in South Africa. I do...

by Abdulrazack Muhammad No deadline