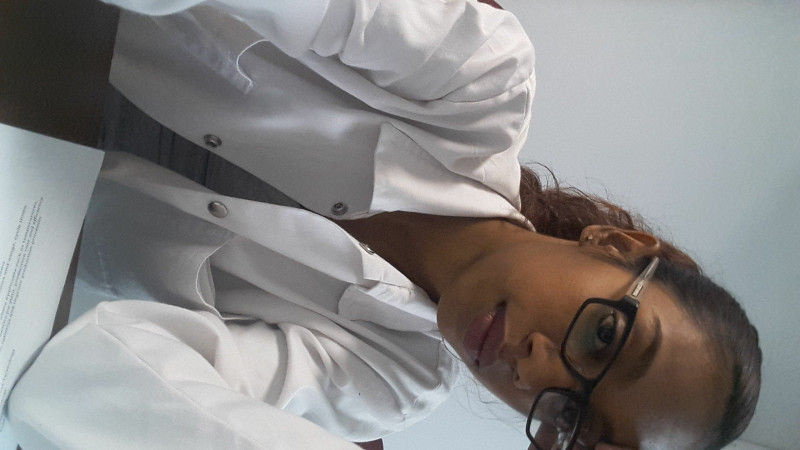 I have suffered with severe dysmenorrhea, severe menstrual pains since the age of twelve. Severe, to the extent of not being able to go anywhere on my first few days of my cycle because of the immense pain or the fact that I have became weakened and light headed by the amount of blood loss. After a while I was able to adapt to the pains and symptoms throughout my school days, however over the years they worsened. This directly affected my ability to work as the pain would be so bad I wouldn't be able to do the simplest tasks. In 2021 the immensity of the pain increased yet again and no amount of pain killers could ease it. I had no other option but to go to the emergency dept. There, I was diagnosed with a PID (pelvic inflammatory disorder).
They gave me a two (2) weeks course of antibiotics and pain killers. However that didn’t stop the pain it just decreased the immensity of it. Fast track a year later after missing a week or two of every month of work due to pain, professor Ramsawack was recommended to me where I was informed of the endometriosis and that there was no cure. Endometriosis is a painful condition where the tissue that lines the inside of the uterus is found outside the uterus. The tissue acts as it would within the uterus although it is not In the uterus. It sheds and it bleeds like it would on your period but because it has no where to go it forms a cluster and it irritates the surrounding tissue. This tissue can be found in many other places, pelvis, colon etc. But mine is attached to my ovaries. This can eventually cause the tissue to band together and stick the pelvic tissue and organs together. I was then informed of the most effective treatment that could reduce the amounts of pain I was having , this is called a laparoscopic surgery. This is a minimally invasive surgery where they make a keyhole sized incision and insert a camera so they can remove the scar tissue that is already there. The laparoscopic surgery cost up to $40,000.00 and although it is the most effective it is also the most expensive. Unfortunately it is my last resort after exhausting other treatments. I am currently using leuprolide, a hormone treatment that disrupts the signal between the pituitary glands to the ovaries which basically creates a menopause like effect by temporarily shutting down my ovaries. Although the laparoscopic surgery isn't a cure it is still most effective against the pain and this can enable me to finish build my career path, do better at my job and have somewhat of a normal life with slight pains. At the very least I wouldn't have to be curled into a fetal position hoping for an end to the pain. This is also a growing concern in society today as most women are suffering with this condition and do not even know. It generally takes 7-8 years before diagnosis and it affects only 1 in every 10 women. I do hope that you can assist with my plight in any form or fashion, even if its just raising awareness please do so! :)
No results have been found
Medical 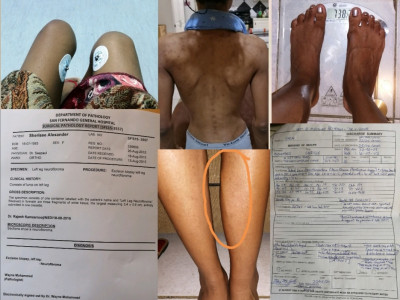 Support Sherisse Alexander in her fight against Plexiform Neurofibroma

Hi, I am Sherisse Alexander, a 27yr old young lady from Trinidad and Tobago. For...

by Sherisse Alexander No deadline 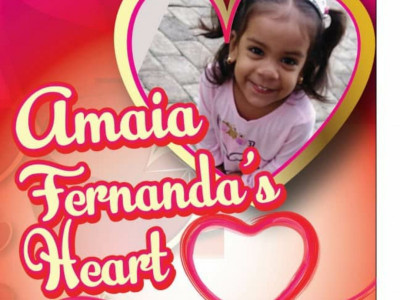 Hey all, let's help this little girl, 3year old as she got a heart transplant la...

by Alicia rampersad No deadline 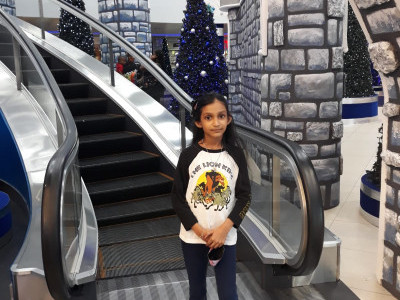 Leanna Mahadeo is a vibrant nine year old who was recently diagnosed with a brai...

by Lisa Ali No deadline